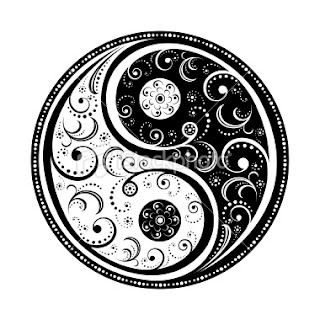 f yin and yang do not exist, the One (the Great Ultimate) can not revealed If the One cannot be revealed then the function of the two forces will cease, Reality and unreality, motion and rest, integration and disintegration, and clearness and turbidity are two different substances. In the final analysis, however, they are one.


If you look at the Taoist symbol of Yin Yang, you see that there is a seed of one in the other.  You will also notice that it is in constant motion, flowing from one to the other, as life should be - balanced!

Yin yang are not opposing forces (dualities), but complementary opposites, unseen (hidden, feminine) and seen (manifest, masculine), that interact within a greater whole, as part of a dynamic system. Everything has both yin and yang aspects as light cannot exist without darkness and vice-versa, but either of these aspects may manifest more strongly in particular objects, and may ebb or flow over time. 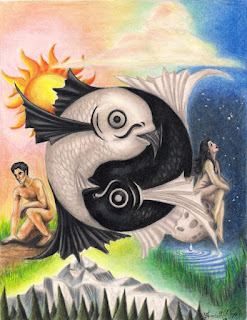 Here are a few examples of Yin Yang

The Sun is yang while the Moon is yin.


Female is Yin while Man is Yang.

Mountain is Yin while the river is Yang.

Intuitive is Yin while Logical is Yang.

Winter is Yin while Summer is Yang.