t is for... Tall Buildings 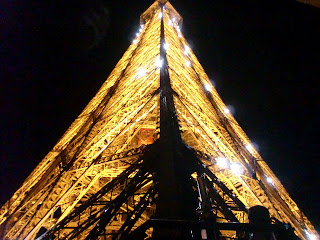 Whatever city we find ourselves in, if there is a tall building, we go UP!  And this from a person afraid of heights!  But you have to give props and pay homage to those who have created these great edifices.

When we visited Paris, we waited in line for about 2 hours just to get up into the Eiffel Tower... and the tippy top was closed, there were so many people there that day.  But we were able to get up to the 2nd etage right at sunset... and it was a full moon night...truly magical!  And we gagged lollies long enough that we were there for the lights to come on!  Very cool!  (note...just because it is on the way down.... walking down over 700 steps still hurts your legs!)

In no particular order, I have been in the Seattle Space Needle, Tower of Americas in San Antonio ( and really expensive drinks!), the Empire State Building - twice! 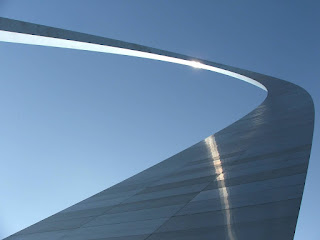 I still wonder how they fit both a staircase AND an elevator, rocking chair thing, up in the St Louis Arch - or is it one of those things that you think you go up, but it's just a hoax! 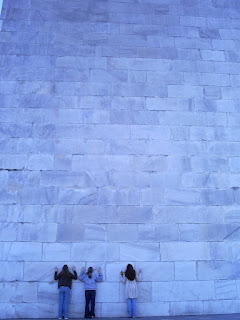 The Washington Monument doesn't look that big... until you get up close! 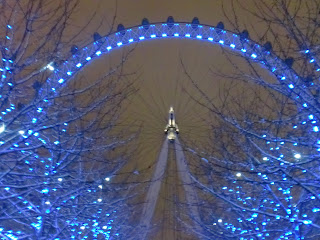 I loved how they light up the London Eye and the surrounding park in the winter!  Very Cool!  We actually went into the Eye three times - different times of the day and the year.  I know it's not really tall - but it is super hip!  Did you know that it was originally going to be a temporary exhibit - just for the Millennial Celebration?

Then, of course, we had to do the Ferris Bueller in the Sears Tower... 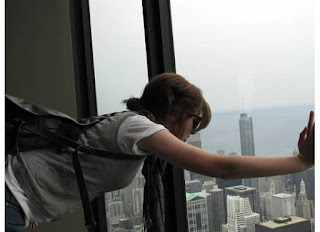 The one tower we did not get a chance to ascend was in South Korea - the Seoul Tower.... simply because they would not accept an American Dollar Bill - which was worth about 5 times the actual price of the ticket in the Korean Wan currency.... but, hey, we got to see dried squid on a clothes line and a guy making cotton candy using a bicycle to spin the sugar!

I think that about does it.... What tall buildings have you been in?  Any recommendations?!