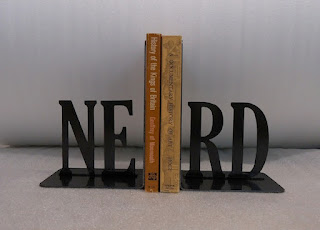 I love the scene at the end of Sydney White, with Amanda Bynes, where she was talking about being a 'dork'... and it's perfect!  Yes, I am a dork or a nerd, but not a geek! 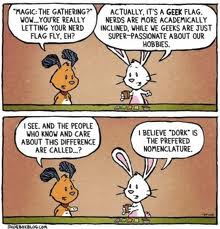 I even found a Nerd Test - just to find out how Nerd-y I am!  I was shocked, I guess, to have it confirmed... I am "High-Level Nerd" material, with 80% of the people who took the test scored LOWER than me!  What I found amazing about my results was the fact that 1 % was the same as me, and 19% scored higher!

Here is what wikipedia said about Nerds - is it another sign that I have this bookmarked in my favorites?!?

Nerd is a derogatory slang term for a person typically described as intellectual, socially-impaired, and obsessive who spends inordinate amounts of time on unpopular or obscure activities, pursuits, or interests, which are generally either highly technical, or relating to topics of fiction or fantasy, to the exclusion of more mainstream activities.  Nerds are considered to be awkward, shy, and unattractive.   Thus, a nerd is often excluded from physical activity and considered a loner by others, or will tend to associate with a small group of like-minded people. As with other pejoratives, nerd has been reappropriated by some as a term of pride and group identity.

That about sums it up... I am rather academic and love that fact.  If anything, I would have to say that my nerdiness falls in the Regency Era realm!  I love all things England and Jane Austen! 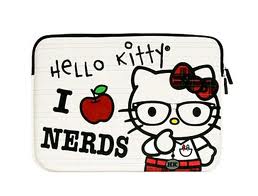 What about you?
Are you a nerd?
A geek?
A dork?

What are you nerdy about?

Just one more entry in my A to Z Challenge!
Posted by Kate Maxwell at 4:00 AM
Newer Post Older Post Home